A satellite-receiving dish is seen as fireworks celebrate the end of 2012 and the start of 2013 on the ski trails at University of Alaska Fairbanks. Known also as a tracking aperture, the 11-meter dish is part of the Alaska Satellite Facility (ASF) of the Geophysical Institute’s Satellite Tracking Ground Station (STGS). The 11-meter X- and S-Band system, along with a smaller 10-meter dish, are just one appendage of a world-wide Near Earth Network, run by the National Aeronautics and Space Administration (NASA). The high latitude of ASF’s ground station allows for 11 connections per day with polar-orbiting spacecraft, ASF then downlinks, processes and distributes data. 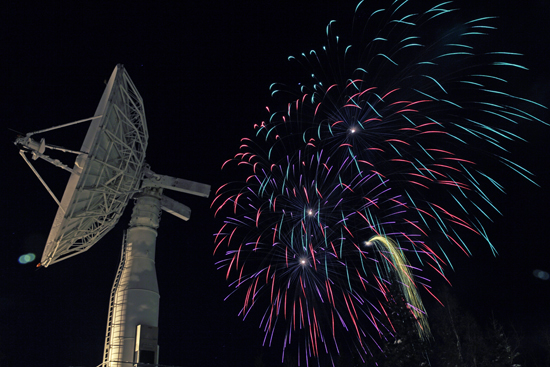 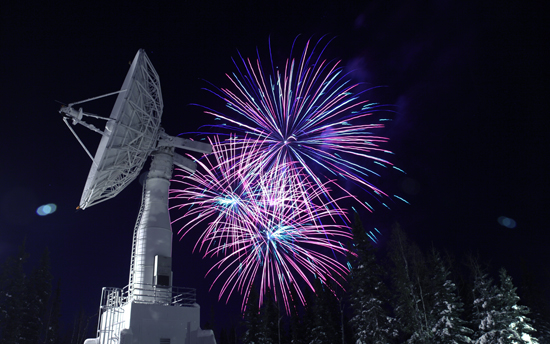 I tried to correct the color of the tracking aperture, which had a yellow caste due to artificial lighting, while maintaining true hues of the fireworks. To accomplish this I set my white balance on the dish, lightened the shadows and slightly saturated the image. What made the biggest difference was a slight curve, increasing the highlights and decreasing the shadows, of the red and green spectrums. The end result, I feel is very close to what would have been seen.

My ISO was 125 and tripod shooting was essential, and exposure times were 10 to 15 seconds. 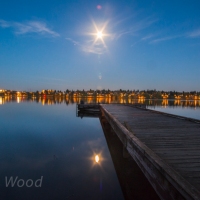 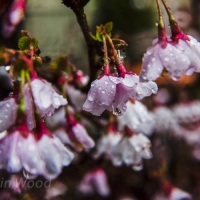 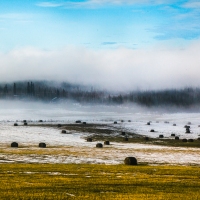 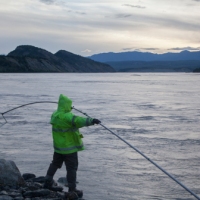 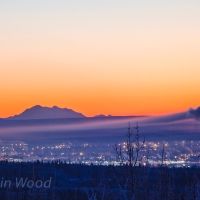 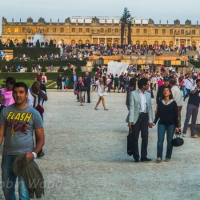 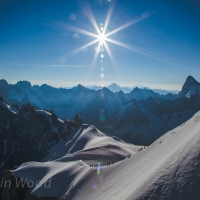 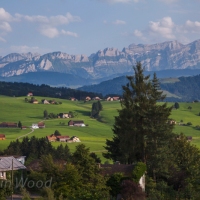 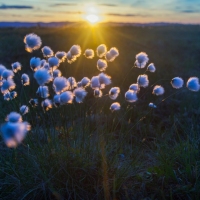 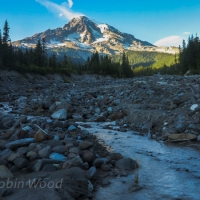